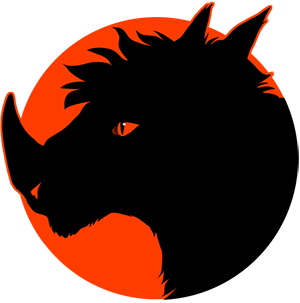 The species commonly known as "Tsabhua" was the first sentient species encountered by exploring emissary [REDACTED]. These initial interactions served in DPIP's favour and several tribes were open to negotiation and trade agreements, particularly the donation of some of their young to become colonists.

Tsabhua are a very large species, in comparison to humans and many species on Sol Earth. Before DPIP's purchase of the planet, they lived a fairly nomadic lifestyle.

The tsabhua is a formidable hexapodic species with six powerful legs and a respiratory-gastrointestinal system that operates independently of each other. This unique separation allows them to eat, drink, and breathe almost simultaneously. But they're not just skilled multi-taskers - they also have pharyngeal jaws located at the back of their throat that they can use to grasp and tear apart their prey with ease.

But it's not just their predatory abilities that set them apart. The tsabhua's respiratory system also allows them to produce a wide range of vocalizations such as speech, singing, and other sounds through their large nasal passages. Their native languages are similar to the vocalizations of Tellurian dolphins, consisting of high-pitched squeaks and whistles that are sure to turn heads. However, they are unable to speak languages used by Tellurians and most DPIP operatives and must rely on DPIP-patented translation devices to communicate.

Unlike many Tellurian species, the tsabhua does not have visible sexual dimorphism, with their genitals being housed entirely inside their cloaca. This makes it difficult to determine their sex from a distance, adding to their mysterious allure.

During the season of Kerah, the tsabhua undergo a process where they shed their horns. These horns are often kept and used for rituals, art, or as teething tools for young tsabhua. It takes about half a season for the horns to grow back, completing the cycle of life for this fascinating species.

Tsabhua usually live in small, migratory tribes scattered across the land. The adults roam freely while a few remain with their young, which are raised communally. When the young, known as whelps, reach maturity at around three years old, they often leave their home tribes to seek out new homes among unrelated tribes. Young bulls (males) tend to leave at an earlier age than does (females) and often form small bachelor tribes with other young bulls.

Newborn tsabhua are born covered in a soft layer of fuzz that grows as they age. Within a week of birth, their nape, shoulders, and back are covered in a layer of long, fluffy fur called a "mantle." This fur is shed when the tsabhua are a year old.

Tsabhua tribes take offenses very seriously and a common punishment is "horn docking," the removal of a tsabhua's horn. They hold their horns in high regard, so the loss of a horn before the shedding season is a source of shame. While not a painless procedure, horn docking does not usually leave permanent scarring unless done in an atypical and dangerous manner. The horns do not grow back until the season of Shemesh.

Like most other playable species, tsabhua have their own colour patterns that are unique to their species. They also have unique markings: impala and truespot.

The entirity of their manes, from the top of the head to the shoulders, as well as all long belly fluff and the tail tip, should be significantly darker than the base coat.

Oat Tinted Silver
CcMmYYKk · CcMmYYkk
These colours are affected by only one of the main colour alleles (C, M, and Y).

Lavender Tinted Silver
CCMMYyKk · CCMMYykk
These are a mix of C, M, and Y but don't have a dominant K allele. (They are always kk.).

These are a mix of C, M, and Y but always have a dominant K allele. (Kk) They never have a Silver tint.