As they approached the camp, Raucer could not help but notice there were plenty of friendly and not so friendly faces. Some of the Tsabhua and Belemoid they passed as they followed Farlow to his tent appeared crinkled with distrust for the outsiders, others tightened their grip on what appeared to be tools and weapons as they were carefully examined as they walked on. Others, however, had a smile and a wave along with a greeting as they busied themselves preparing for the nights encampment.
Raucer nudged Ailean gently to draw his attention to what she was seeing, earning her a soft hum in acknowledgement and a whispered "I see it too". Unfortunately Alita was too far ahead to alert. If they were to encounter trouble, they would be severely outnumbered and overwhelmed among the various tents and inhabitants.
"Well now, here we are!" Farlow stopped in front of an already erected tent, holding open the door flap politely to allow them in. Alita walked inside without hesitation, but Raucer and Ailean exchanged a slightly worried look before entering. "Welcome welcome" Farlow continued "make yourself at home. You must be exhausted from your trip out here." Farlow entered the tent after them, closing the flap but not locking it behind him.
"Thank you very much for seeing us, Farlow. We appreciate your time" Alita began, already doffing her heavier travel bags.

"Please, it is of no concern to me. I quite enjoy having visitors - it is so rare to encounter new friends when you never stay in one place long enough." Farlow smiled, his eyes crinkling softly at the edges showing his genuine expressions. "Would you like something to eat? Drink maybe? I have a modest selection from around Ba'av."
"I will have whatever you are having" Alita smiled back at the friendly Belemoid.
"Me too" piped up Raucer
"And myself, if it is not too much trouble for you." added Ailean.
"Of course, of course! I would not offer if it was not available." Farlow moved off to the far side of his modest sized tent and opened a traveling chest, pulling out an opaque bottle "This is from Issiq, I am quite fond of it myself."

Farlow poured cups for all three of his guests before pouring one for himself. A curious sniff of the sweet smelling liquid told Ailean that it was nothing suspicious, however his distrust for the stranger Belemoid was still high. Despite his apprehension, he took a sip of the fluid and was filled with a warmth which started in his chest - the sweet taste matching the smell and being quite pleasant made his eyes widen slightly in appreciation of the drink.
"Wow, this tastes amazing" Ailean thought out loud. This gained him resounding agreement from both Raucer and Alita, a fact which made Farlow puff out his chest with happiness.
"Indeed! I'll have to give you the name of the merchant I purchased it off of for next time you visit Issiq - I highly recommend most of his wares."
Alita nodded eagerly, knowing her mate would love to expand his own trade to include such delicious wares; or even to have some for personal use.
"Yes I would greatly appreciate that" she replied happily "however, if you do not mind..."
"ah yes, your questions." Farlow's voice lowered slightly as warmth took over his own chest and he sat himself down by the small table in the middle of the room. "Please, ask away and I will do my best to enlighten you."

Raucer settled into her position on the floor, getting comfortable with the delicious beverage in her claws and knowing that the others would be asking questions for quite some time to come. Her deep brown eyes half closed - how long exactly had they been traveling was a mystery to her in that moment but it seemed to almost not matter now that she was comfortable and sheltered. A nap sounded amazing right about now.
Ailean and Alita began to question Farlow, eager for answers to the rumors they had been hearing.

"Can you tell us about these suspicious reports we have been receiving? Our Elders are telling us to give them directly to them without opening them but... I had to open one, that is how we found you!" Alita began, leaning forward and gesturing wildly causing her to nearly spill her drink.
"The reports need to be investigated further, that is for certain." Farlow replied, almost vaguely.
"Well, yes, that is why we are here..." Alita's voice trailed off, thrown off by the reply she was not expecting.
"What about The Department? Is there any news on why they do not want us to look into the reports that reach us?" Ailean tried a different angle.

Farlow opened his mouth to reply but suddenly a small whelp burst in through the tent opening "Farlow! Farlow! Please Elder, you must help me!" Farlow stood up from his comfortable seated position, concern written all over his face as his brows furrowed.
"What is is, Little One?"
"My friend... I cannot find Tyro!"
Farlow relaxed his expression slightly, but still probed on "Is he not just hiding from you? You two love to play games."
The small whelp shook her head vigorously "No no no! He's not here. We were not hiding. We went to explore by the other side of the shore and when I turned around..." tears swelled in the small Tsabhua's eyes, causing her to blink rapidly. Farlow approached and wrapped an arm around her shoulders.
"It is alright, Yi. We will find Tyro." He looked up at his guests, an apology in his eyes. "I am sorry, friends. I must search for the missing whelp before it gets too dark."
"Please! Let us help look for him." Alita stood suddenly, determination in her eyes and her pose. Raucer sighed softly knowing Alita had a very strong maternal instinct, yet was awkward as anything once face to face with a whelp.
Farlow nodded, determination in his own eyes "That would be greatly appreciated, friends." He turned to lead them out of the tent, grabbing what appeared to be travel gear which was resting by the entrance to the tent and started to don it as he moved.

Alita, Raucer and Ailean exchanged a brief look, gulping the last of their beverages in sync and followed the shadowy Belemoid out into the plains once again.
Yi all but ran to keep up with the determined pace set by Farlow, followed by Alita whose long legs were able to keep up the stride with ease though Raucer and Ailean struggled to keep up without beginning to pant. Raucer especially lagged behind, utterly exhausted by the days activities.
As they made their way through the camp, Farlow would make gestures to some of the Xunari they passed, adding more to their growing number as they troupe kept a brisk pace. Once they breached the camp lines and made it to the riverbank, Farlow slowed and stopped before turning around to address the small group with Yi by his side.

"Friends, Tyro is alleged to be missing. We must find him and bring him home - Yi here claims they were playing over yonder" he gestures over the river "Yi will guide us, but we should split up and cover more ground."
The sudden sternness in Farlows stance and voice threw the trio off guard, the way he commanded the group before him... was he potentially the leader of this wandering troupe, they wondered.
"Now, team up and make haste." Farlow said, dismissing them. Most started making their way across the river immediately, whilst some went back to camp for supplied before heading out. Farlow approached the trio."I should mention, you may find the answers you seek in the city of Bitzaron. We have many... friends... there. I am sorry I could not be of more help."

Alita blinked at the new and sudden information, unable to speak for a moment as she committed the information to memory. "Th-thank you, really, Farlow. But is Bitzaron not closed to outsiders?"
Farlow shook his head softly "Not anymore. They are allowing a few people in to boost their trading power. A merchant such as yourself should have no problem finding a way in."
"I.. How did you know of my profession?"
Farlow laughed "There seems to be a type and you, my friend, fit the type very well."
Alita did not know how to take that, as a complement or insult, but just chuckled in reply with a bantering "Well, you caught me!"
"We should really start searching for the lost whelp..." Ailean chimed in, pointing out that most of the search party had already departed.
"Yes! Of course. Thank you again, Farlow. We will head out to Bitzaron once the whelp has been found." Alita beamed and smile at him, already ready for another adventure.
Farlow nodded his appreciation with a knowing smile before heading out to join the others. Alita went to follow but was stopped by a gentle paw on her shoulder. She looked down to be met with the vibrant emerald eyes of her newest travel companion.
"Alita, after we have helped search for the whelp I will be heading back to my colony." Ailean's voice was almost stern, showing that there was no room for negotiation on this. "I have much to report from my trip and it would be best if I reported in person. I am sorry."
Alita turned to face him "Do not be silly, dear friend. We appreciate your help, without you we would not have even found Farlow - at least not as quickly as we did."
"Yeah! You have some amazing sense of smell there" Raucer teased, shouldering the older Belemoid affectionately "Thanks"
Ailean smiled at the pair "And thank you for your help also. I hope we all find answers to what is actually going on, and what The Department is hiding from us all." 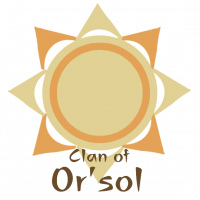 A new friend and a missing whelp

Prompt: "A child has told one of your colonists that their friend is lost in the Plains. "

(Yi and Tyro are made up whelps) [A new friend and a missing whelp by Or'sol (Literature)](https://xiun.us/gallery/view/470)