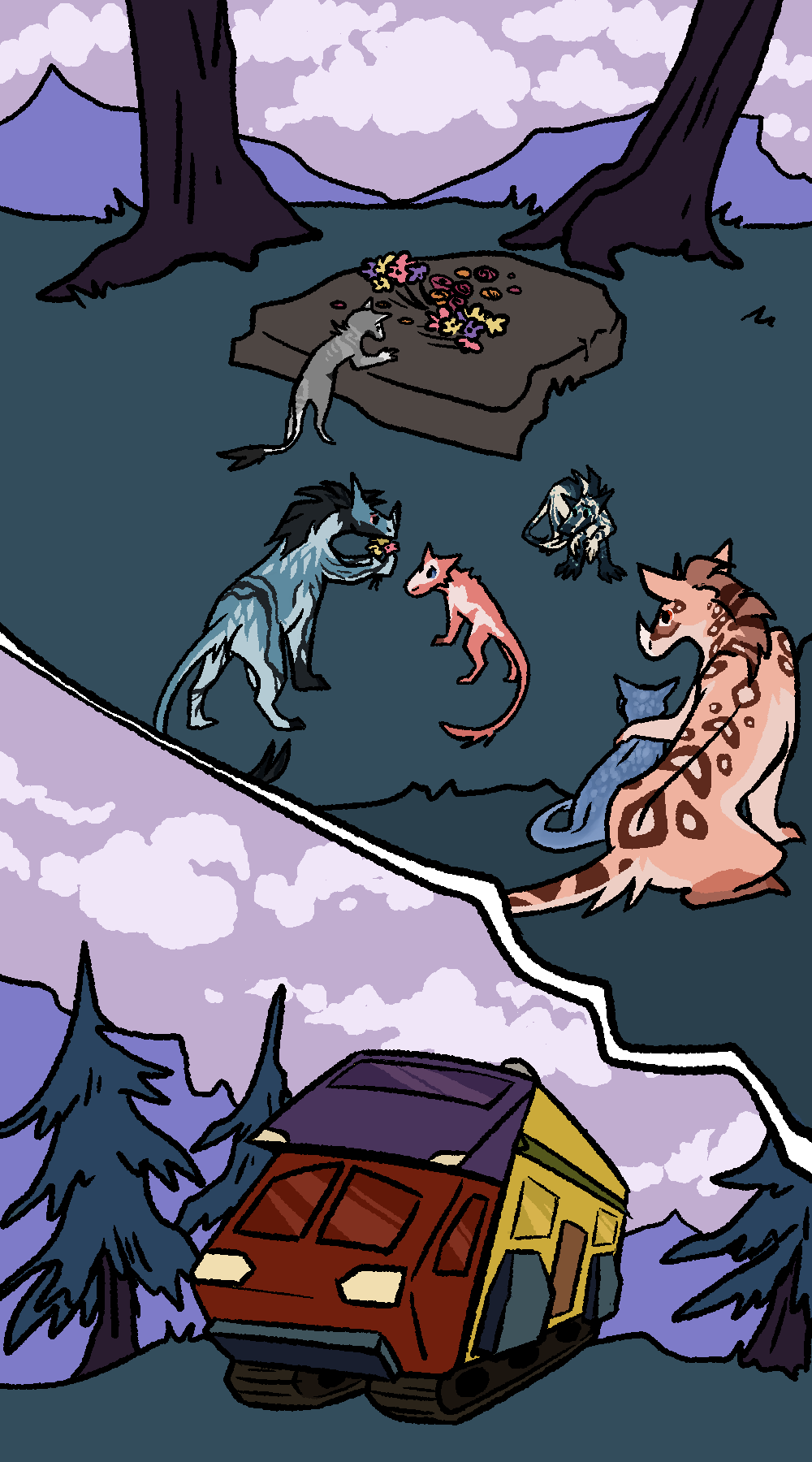 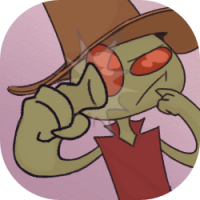 It's a painful goodbye, and Ne'tra helps the whelps honor their mother, gathering flowers with the whelps while Nazig signalled for help.

Now quite some distance from the SPP, Ne'tra and Nazig agreed it would be faster to call for transport, rather than travel on foot. When Nazig radios for help, they discover Meander nearby, and willing to help. The van arrived in short order.

In time, the orphaned whelps would make a full recovery. Having lost their mother, the two colonies took them in, offering them a new home. While the whelps took comfort in the ranks of the SPP, finding many colonists who empathized with their loss, two of them would make a connection with Shale, and return to the van, prepared to travel with Meander.