The joys of plants are indescribable. Arden’s mind was practically blank, purely enjoying being in her greenhouse, her nose buried in one of the best smelling plants she had. The whelps she was in charge of would be there shortly, but for now, she had the peace and quiet of the plants. Nothing in the world was more relaxing to the silver tsab than being alone with nature.

Soon enough though, the peace was broken by the distant giggling of three whelps nearing the green house. Arden had to admit, though sometimes they were a massive handful and could get on her nerves, their enthusiasm and cheer was infectious. Arden wasn’t much of a people person, but she’d certainly grown fond of the whelps she interacted with on the daily.

Harkley, Lairi, and Eglann entered the vicinity of the greenhouse. The greenhouse itself was built by the researcher that oversaw their colony. Arden rarely interacted with Tsaw Thals but when they’d worked together to construct the greenhouse, they’d had no problems. Arden had mistrust for the tall researcher though, and avoided them for the most part. The greenhouse was a successful creation though! It was tall, reaching into the top parts of the surrounding trees and mushrooms, carving out enough space for the light to shine in amongst the foliage. It was taller than it was long or wide, but was more than spacious enough for all of the plants Arden had collected so far. Some of her taller plants were taller than she was at this point and obviously thriving in the roomy environment. The greenhouse was also located at the edge of their colony. It was up on a taller area of a hollow. The camp itself was located down inside of the mossy hollow for the most part. It was a good shelter though they did have to worry about flooding. The greenhouse actually helped with that problem, creating a barrier between the drop off of the hollow and any potential flash floods.

As the three whelps entered the door, laughing at something Eglann had said that Arden hadn't made out, the silver female felt a sense of pride wash over her. Lairi and Harkley were dedicated and excited about joining her in the botany field, and she was pleased that Eglann had returned for more lessons. The belemoid had joined them on a foraging expedition for seeds the day previous, and apparently was interested in seeing what they’d do with said seeds.

“Hello! I’m glad you all made it today! We’ll be getting our hands and probably snouts dirty today. It’ll be a fun day of planting.” At Arden’s words, Harkley let out a little whoop and a large smile splashed across Lairi’s face. Eglann nodded enthusiastically. Arden knew all these whelps enjoyed playing in the dirt, moss, and mud around the area. They should thoroughly enjoy planting. “Come over here to the work table. I have some things set up.” Lairi, Eglann, and Harkley excitedly gathered round. On the large table, Arden had set out several pots of various sizes, a few different types of potting soil, and seeds that the group had gathered. There were also a few spades and a watering can.

“Let’s take a look at the seeds we brought back yesterday. We have the Bloomdrop seeds, a few of the Grellinn berries, as well as the Colup and Pallenia seeds Harkley found. Do you all remember the different sizes of the plants from yesterday? Who can tell me about root lengths for the different plants…”

Arden was in full teacher mode helping the whelps think about what size pot each plant would require starting out, which soils would be best for them, and even the amount of water each would need to thrive. The three whelps worked together to choose the right required materials. As expected, they were overjoyed to start the process of putting soil in the pots and plant the seeds. Eglann slyly flicked some softer muddy soil at Lairi. It splattered across the young female’s ears. She growled playfully at him and suddenly leapt forward, abandoning her seeds, pushing him over into one of the small compost piles the greenhouse held. The floor was a little slick with the mistakes of previous watering, and Lairi herself fell in after Eglann.

Harkley wrinkled his nose in disgust at the two rolling in a compost pile. Arden had to agree with his sentiments. “Both of you! Get up out of there now. You’ve just contaminated my experiment and I know rolling in compost is not a part of seed planting. You’re almost done. Let’s finish strong. Then you can take your play fighting outside….Though you’ll probably need a bath at this point before any sane person lets you eat near them.” Lairi sheepishly helped Eglann out of the pile, both muttering sorry’s. Harkley proceeded to hold up his Pallenia plants, gloating at having finished planting all of his seeds before the other two.

Arden sighed as the two got back on track. There was now a large possibility of needing to restart the experiment she was doing with that compost pile. Testing the microbes that broke down certain plants the most efficiently wasn’t the most exciting, but it would be incredibly useful to see the results the experiment yielded. It was very likely the two had contaminated it with their antics. Turning to see Harkley helping Eglann and Lairi finish planting their seeds though, all three working together, Arden smiled. They were good whelps.

“Alright everyone. Now we need to place these where they will receive the proper amount of sunlight. If you recall the thistle bush we found, it was deep in the undergrowth, shielded from light. Lairi. Where do you think your Grellinn pots should go?” The black tsab looked around the greenhouse, eyes settling on a cluster of tall mushroom plants growing. “How about under those mushrooms? That’s pretty much where we found it growing outside.” Arden nodded. “That should work just fine. In truth though, you could’ve chosen most anywhere in here. If you remember what I said about it…” She was cut off by Harkley jumping in “It’s an invasive species! It can grow everywhere!” The young tsab said confidently. Arden turned towards him. “Be careful to let others finish what they’re saying, Harkley. You’re mostly right. Because it’s an invasive species, it has shown that it can grow in multiple environments. Just because it’s an invasive species though, doesn't mean it can grow absolutely anywhere. Not all invasive species are able to thrive in L’Hatzif.”

Harkley shrugged off the slight correction, hating being wrong, though he was half the time with his impatient attitude. Eglann piped up. “Would my Colup plants do well in the small pond near the dark shrooms?” The belemoid had a semi aquatic plant that he’d planted in wet, muddy soil. Arden nodded in affirmation at his suggestion. “Great observation Eglann! The pond holds soil similar to what you planted the seeds in, and we found the plant yesterday in a swampy area. It can flourish in the pond. Go ahead and put your pots over there.”

The belemoid’s tail twitched and he held his head high at the praise, causing Harkley to scoff at him in jealousy. Arden helped Harkley position his plants and then placed her own where they would grow best. The greenhouse had received several new additions thanks to the whelps. Arden was pleased with their work.

“Alright you three. You’ve done well today, aside from the compost incident. Go ahead and return to your own plans. Looks like we’re done here for the day.” The three whelps told Arden goodbye and headed out of the greenhouse, clumped together. Their plants would soon grow tall enough to be of use to the colony. They were well on their way to becoming good botanists. 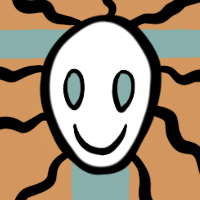 1318 words. All plants are fictional